The Morris Collection keeps on growing!  David Marriott Morris, Eleanor Rhoads Morris Cox and William Perot Morris recently added to the Library Company’s holdings of over 1600 of their grandfather’s photographs with a gift of travel journals by Marriott C. Morris and his daughter Jane as well as copies of letters written by Morris while attending Haverford College.

The letters, written by Morris between 1881 and 1885 to his mother Martha Canby Morris, reveal a bit of the young photographer’s personality.  Even from this relatively small sampling, the frequency with which the letters were sent and the affection they contained show a son devoted to his mother.  Morris’ familial dedication also extended to his sister Bess, for whom he often expressed concern and inquired after.  The letters also reveal a scholar who was serious about his studies – but not too serious.  Morris described his classes and lectures in a generally positive way, except for the subject of Trigonometry, which seems to have been a thorn in his side.  He expressed his distaste for the subject with a dash of dry humor in a letter written on November 9, 1883.  He wrote to his mother, “You little thought when you were comfortably seated at dinner yesterday that I was undergoing the horrors of that Trigonometry examination.  Yet it was even so.”  When he wasn’t suffering through Trigonometry, Morris engaged in a variety of social activities with a large group of friends, including George Vaux, another member of a prominent Philadelphia Quaker family.  Morris’ letters described football games, dinner parties, sledding, and an intricate telegraph project conducted with Vaux.

Even in these letters from his early Haverford days, Morris’ passion for photography is clear.  Morris frequently mentioned both finished prints and his photographic process when writing to his mother.  In a letter from October 25, 1883 Morris asked his mother to bring him two photographs he had mounted earlier that fall to decorate his room.  He remembered that one of the photographs depicted the library, but could not remember the subject of the other photograph, which was taken at the same time.

By matching the date of the letter with photographs in the Morris Collection, it is possible that the unknown second photograph could have been of the Morris family’s old house, Soldier’s Monument or the Quaker meeting house, all located in Germantown.

A few months later, Morris wrote to his mother about some photographs he had taken with his friend George Vaux.  He called these photographs of the “fellows” and the class of ’87 “the best groups I have ever tried.”  Morris was proud of these photographs but also profited from them.  He told his mother that he planned to charge 20 cents per print and already had some orders.

However, in this same letter Morris expressed frustration with his more recent photographs.  He wrote that he was trying out some new plates and had not yet perfected their use.  Similarly, in a letter from March 14, 1884 Morris wrote a long entry about his recent experimentation with a new wide angle lens.  Regardless of Martha Canby Morris’ comprehension or interest in the minute details of her son’s photographic practice, these surprisingly technical missives reveal Morris in the act of finding his way as a photographer and the genesis of his project to document his experiences and environment.

The knowledge gained from these letters and journals enhances our understanding of Morris’ life and adds yet another layer of depth and complexity to the Marriott C. Morris Photograph Collection. 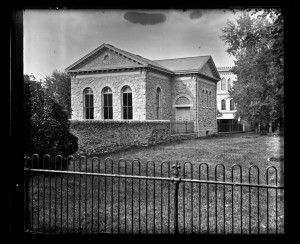 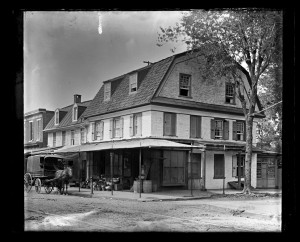 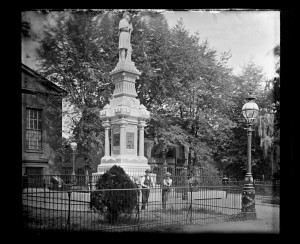 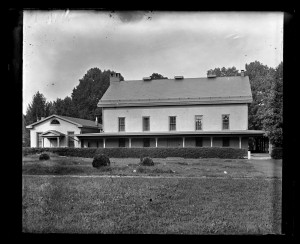 Down the Shore with Marriott C. Morris
Scroll to top