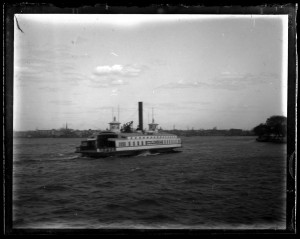 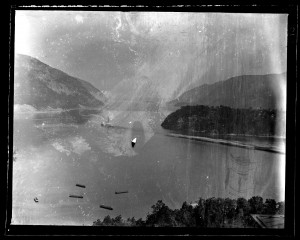 Marriott C. Morris kept detailed notes about his photographic activities in pocket-sized journals. The Library Company’s holdings include eighteen of his journals (as well as one photographic journal kept by a member of a later generation of the Morris family). In these journals he recorded information such as the time and date he took the photograph, camera settings, the lighting conditions, and his honest appraisal of the finished image. Describing the image on the top left, for example, he wrote: “Motion of steamer jarred camera.” Similarly, he commented that the image below, shot with his new Scovill camera during an 1884 trip to West Point, New York, was a “very poor neg[ative].”

Marriott C. Morris’s journals at the Library Company span the years 1882 through 1917, with the most complete coverage existing between 1882 and 1896. While many of the images in the Library Company’s collection correspond to journal entries, there is not a one to one correlation. If a particular date is known for an image, that information has been included in the catalog record.

Clicking on any of the links below, will lead to pdf’s of the contents of a specific photographic journal. 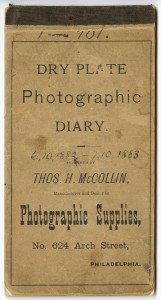 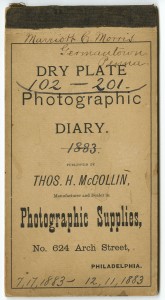 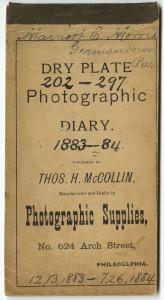 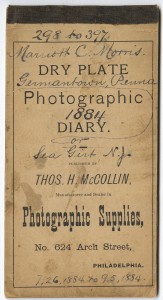 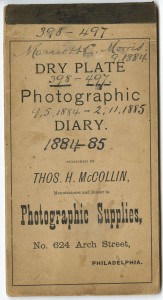 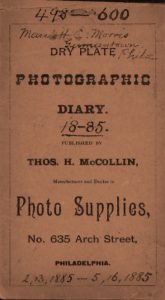 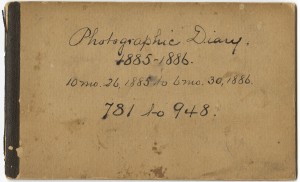 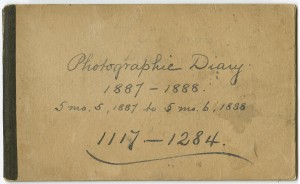 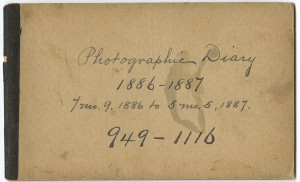 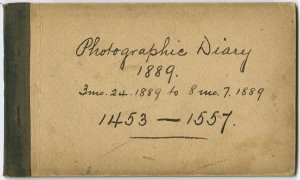 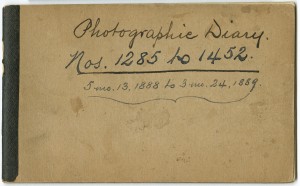 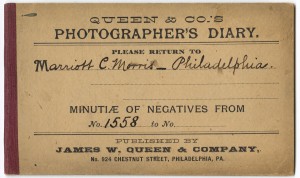 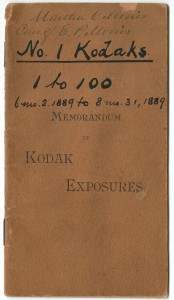 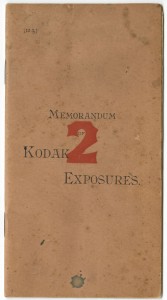 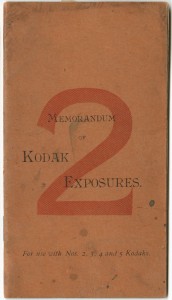 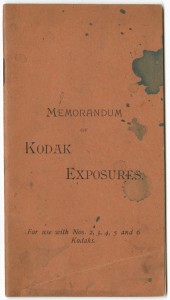 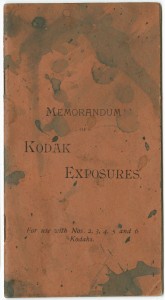 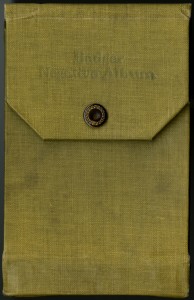 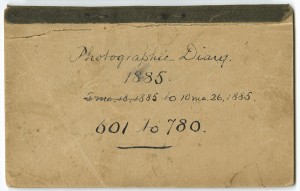 This photographic journal is available at the Library Company but cannot be scanned and made available as a PDF because of its fragile condition.

Marriott C. Morris’s daughter Janet Morris created these travel journals to commemorate family vacations to the Canadian and American West in 1921 and Europe in 1925 and 1931.  Through diary entries, photographs, and clippings in the Western journal, Janet detailed the Morris family’s journey by train including stops in Niagara Falls, Detroit, Seattle, and Victoria, British Columbia.  The journals include humorous anecdotes regarding escaped horses, mosquito bites, and an argument between Janet’s mother, Jane Rhoads Morris, and a Jesuit priest on the train.  The first half of the 1925 European journal contains Janet’s fanciful imaginings of what her trip might be like, including getting swept off her feet by a foreign man.  The second half is filled with clippings, tickets, and mementos of the Morris family’s journey through England and France. Janet Morris’s trip to Europe in 1931 took her to France, Germany, and Italy. The journal is filled with tickets, playbills, and other ephemera including dried flowers gathered during walks along the Riviera.

By clicking on THIS LINK, or the photos below, you will be leaving this website and visiting the Library Company of Philadelphia digital repository. 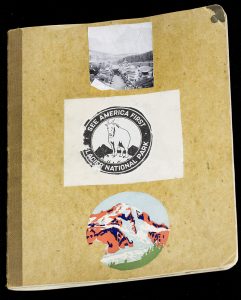 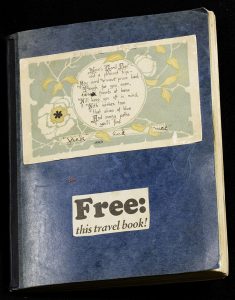 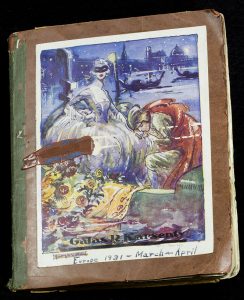